NOAH will start building a salt recovery pilot plant at Herøya in Norway beginning of next year. The project will be called Resalt, and the objectives are to reduce the volume of hazardous waste being stored and to produce high-quality salts from a variety of industrial streams.

This is an important first step towards recovering materials from fly ash.
“Salt recovery has a twofold effect. It enables us to reuse the salts from fly ash. And removing the salts also opens up the possibility of utilising more resources,” says Terje Ulltang, owner of NOAH’s Resalt project.

NOAH has built a water washing test plant at Langøya. Construction of the next stage of the salt recovery pilot starts in January.
“Resalt will be a crystallisation plant that will separate and crystallise a variety of salts here at Herøya,” explains Ulltang, who recently signed a lease agreement with Herøya Industrial Park for the premises where the pilot plant will be constructed.

The fly ash generated when residual waste is combusted contains salts, sodium chloride, potassium chloride and calcium chloride. NOAH plans to extract the salts, purify them and sell them commercially to Norwegian industrial customers.
“Locating Resalt in an industrial cluster gives us the opportunity to establish good industrial partnerships, both with regard to selling the salt commercially and also utilising any surplus energy available from other production,” says Ulltang. 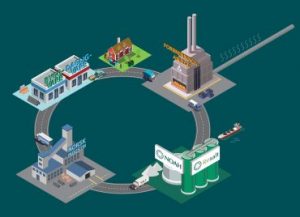 NOAH Is permitted to receive an annual 500,000 tonnes of fly ash, waste acid and other inorganic waste fractions. The acidic and alkaline fractions are used to create a neutralised and chemically stabilised gypsum that is used to recreate the original landscape at Langøya. The gypsum contains salts, which will now be recovered using the planned new technology. As well as recovering salts from the fly ash to which NOAH has access, Ulltang is also hoping to be able to include other waste streams containing salts in the process.

“Resalt is now looking for more industrial waste streams that contain recoverable salts. We will need large volumes if the project is to achieve the profitability needed. We will also be working to achieve the maximum environmental effect in the form of large-scale salt recovery. If we get several good collaboration partners involved in the project, this could become an extremely good circular project,” the project owner emphasises.

NOAH has received up to NOK 10 million to set up the pilot plant. The company will also be putting in a minimum of NOK 17 million. The results of the pilot will be used when the company decides whether to pursue the main goal of setting up a full-scale salt recovery plant with an investment framework of NOK 300–500 million. 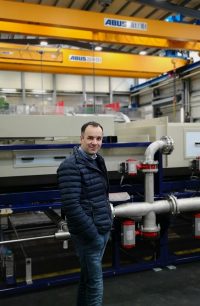