NOAH is a future-oriented environmental company with an important social responsibility to protect people and the environment from hazardous substances. The company communicates its work and other information through local and national media and our own channels at noah.no, Facebook and LinkedIn.

We wish to engage in constructive and close dialogue with the outside world. Our goal is to be a transparent and easily accessible organisation for the press, decision-makers and the public.

The company has a staff of around 80 permanent employees and around 30 contracted employees. The CEO is Anders Lægreid. NOAH AS is fully owned by Gjelsten Holding AS.

Our main treatment process is the neutralisation of ferrous sulphuric acid. During this process, a different waste product is utilised, namely fly ash from the incineration plant. Other waste streams containing heavy metals are included in the neutralisation process, in which the heavy metals are bound and released. The result is a ferrous gypsum slurry. This slurry is then pumped down into the two open-pit mines on Langøya, created over the course of 100 years of limestone extractions. Here, the gypsum forms a foundation that serves as the starting point for the rehabilitation and re-creation of Langøya in order to return it to its state before limestone extraction.

NOAH receives hazardous waste and contaminated excavation waste from Norway and other Nordic countries, in addition to small amounts from several other European countries. The processing facility is robust and has a large capacity.

NOAH’s activities are of considerable environmental importance in that significant amounts of environmentally hazardous substances are removed from circulation. The emissions generated by the processes have a negligible negative environmental impact. Other information on the company can be found on the other pages of this website. 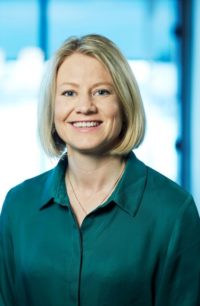